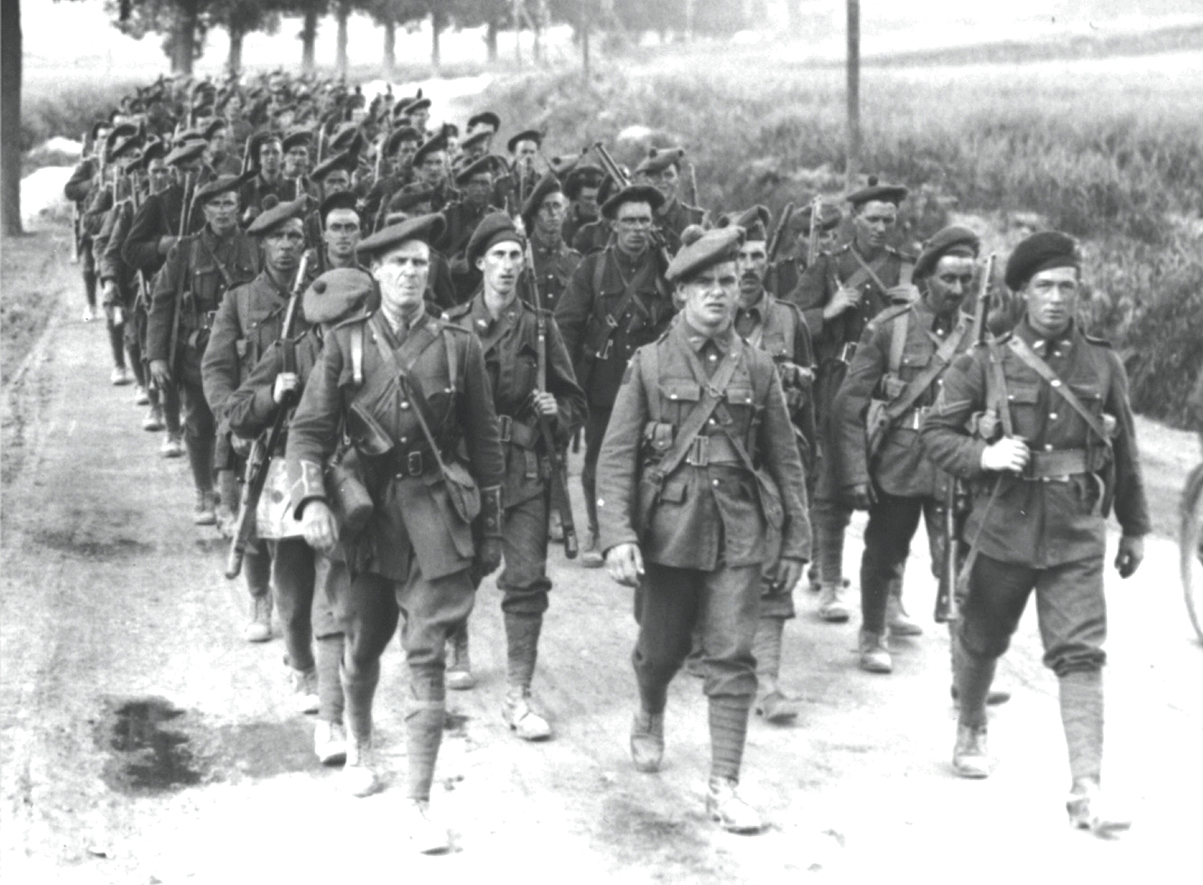 “It has been seventy-three years since “Why Stay We Here?” has been widely available. It was never a huge seller, so it didn’t go through the dozens of editions like some of the better known books of the genre, like “All Quiet on the Western Front”. It didn’t find its way into many libraries, and one rarely finds it in an antiquarian bookshop. Nevertheless, it is arguably the finest Canadian novel of the First World War–more substantial and less derivative than Charles Yale Harrison’s “Generals die in Bed”, which usually enjoys that honour.

“Why Stay We Here?” tells the story of Stephen Craig, a British Columbia fruit farmer, and his trial by fire in the trenches of the Western Front. It has everything one would expect of a novel written by someone who was all too familiar with life at the front (Godwin, a prewar emigrant to BC from England, served with the 29th Battalion, Tobin’s Tigers)–powerful descriptions of conditions in the trenches and in battle juxtaposed against the happier times in the rear areas, touching stories of friendships between comrades in arms, and passages that detail the destruction of the French landscape. But what sets the book apart from other Canadian contributions to the genre is the reflective element. Through his characters, Godwin explores religion, morality, human weakness, and a range of other themes, and the impact on them of the most terrible war the world had ever seen. This book is certainly visceral but it is much more than that, in a way that “Generals die in Bed” is not.

But “Why Stay We Here?” is not really an antiwar novel. Godwin knew as well as anyone the horror of war, but he also knew that there were certain things worth defending. This gives the novel a complexity often lacking in such books. It is worth noting that when Stephen Craig returns to British Columbia at the conclusion, it is not with a feeling of bitterness or disillusionment, but of hope.” By “CA”, in “Canadian Military History”).

“A quick survey of the best examples of Canadian First World War fiction would invariably include Peregrine Acland’s “All Else is Folly” (1929), Charles Harrison’s “Generals die in Bed” (1930), Philip Child’s “God’s Sparrows” (1937), and Timothy Findley’s “The Wars” (1977). Few would likely add George Godwin’s autobiographical novel, “Why Stay We Here?” (first published in 1930) to this list. If so, why does Godwin’s little-known work warrant republication? The answer, according to Robert Stuart Thomson, the owner and editor of Godwin Books, lies in Godwin’s Canadian perspective and his ‘powerful and original statement about the war.’

The story is essentially Godwin’s, as told through the fictional character of Stephen Craig, a British Columbia fruit farmer. There are the usual critiques of château generals, comments on the senselessness of the conflict, and the stereotypical depiction of Canadians as physically superior to their British counterparts. At the same time, Godwin/Craig offers an unusually perceptive and frank depiction of the soldier’s world. Prostitution, venereal disease, unpalatable food, the importance of the rum ration, and the economic exploitation of soldiers by French and British civilians all receive thoughtful treatment alongside the other sights, sounds and smells of war. The sudden destruction of a machine gun emplacement by artillery further illustrates the randomness of death and the capacity of modern war to erase man and machine from the landscape as if neither had ever existed.

A reluctant soldier, Godwin/Craig enlists to ward off financial ruin and discovers that his fellow officers joined with equally diverse motives, ranging from adventure to escapism. One even declares his enjoyment of the war and his desire for it to continue. Despite these views, cynicism and fatalism pervade the ranks, especially towards religion, which Godwin/Craig concludes has no place at the front or in war. Yet Godwin/Craig also sheds light on the intense comradeship of the trenches which enabled men to continue. The battalion, he feels, has a soul ‘made immortal by sacrifice and suffering,’ and its pull is powerful enough for him to request a transfer back to his old unit when he is posted to a training school. The front may be hell, he reasons, but ‘hell with friends, and so, no hell after all.’

Although, perhaps, not the equal of those works first mentioned, “Why Stay We Here?” is a powerful commentary, and its republication is not out of place. This new edition includes a fine preface by Reginald H. Roy, and Thomson’s introduction provides the necessary context and background for Godwin’s life and other works. The promised editorial notes are at times idiosyncratic, but for the most part offer welcome explanations for the numerous military acronyms and slang found throughout. There is further interesting information on Godwin, such as the revelation that his journal contains a detailed–but apparently unsuccessful–plan to murder his elder brother. (…)” (Wesley C. Gustavson, U. Of W. Ontario).

Some readers might be interested to know that Stephen Davies of Malaspina College in British Columbia is currently using “Why Stay We Here?” as a key part of his course on Canada in World War One.

I asked him recently how his students were reacting to Godwin’s book. Here is his reply: “As for my own students they are really enjoying the book. Many of them have said that of all the readings they have to do, “Why Stay We Here?” provides the best understanding of the war experience for the soldier. “Why Stay We Here?” fits in well with many of the themes that we have already discussed or are currently discussing. Definitely something that I would use again and would recommend it highly.” (March 09, 2004).

Stephen has created, with colleagues (e. g. Jonathan Vance, the author of a superb book, “Death so Proud”, on Canadian propaganda in World War One) a huge web site of Canadian documents (letters, diaries, esp.) from the Boer War to the Korean War. It’s called “The Canadian Letters and Images Project”. You can find it here:http://www.mala.bc.ca/history/letters/.